I Tried Light Therapy to Correct My Winter Over-Sleeping Habit 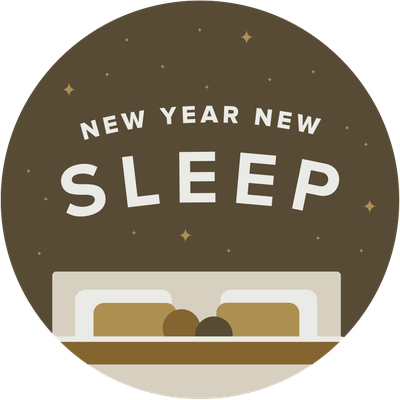 Come winter, I've always struggled with the time change. Usually, once we set the clocks back and the darkness creeps early, I'll have a one- to two-week adjustment period where I just. can't. stay. awake. It usually evens itself out, but not this year. Maybe it's because I'm getting older, or it's just the state of the world — either way, I spent weeks unable to keep my eyes open past 9 p.m. In fact, some nights, I was giving in as early as 8:30.

My husband, the good sport, encouraged me to stop fighting it: "Who cares? Just go to bed!" But I couldn't shake the feeling that we were missing out on each others' company at night. After all, if you're too tired to watch TV, you're too tired to do a lot of ... other things as well.

After consulting the internet and asking a female health Facebook Group for advice, the consensus was clear: Try light therapy to increase my energy.

I reached out to Verilux, which makes one of Amazon's more popular therapy lamps, called the HappyLight. They sent over a sample with some simple instructions. Per a company rep: "Bright light exposure early in the day stimulates our body's production of serotonin (which improves mood and happiness) and regulates melatonin in the evening (which helps promote sleep). Routine is key, so place your HappyLight in a place where you spend at least 10-15 minutes of your time every day."

The HappyLight is beyond easy to use and I love its flat, iPad-like form. Just plug it in, and fiddle with the controls, which are fairly intuitive: There's a timer, a button to adjust the color (switch between a softer glow and a bright white), and a dial for intensity. You can easily set up the lamp on any surface thanks to its stand. My personal preference was to place the HappyLight on my dining room table while I worked, using the lowest and softest setting, which was still ​very​ bright — you can seriously illuminate a whole room with this thing.

And although I live in Southern California, where we have plenty of sun, it's worth noting that HappyLight "brings the daylight indoors by emitting a bright, ​full spectrum light​ that safely mimics sunlight but without harmful UV rays." (Good for all you east coasters, midwesterners, etc.)

It took a few tries to adjust the HappyLight to find a setting that didn't feel overly intense — it really can be a bit of a shocker if you've never used a therapy lamp, which I hadn't. But once I found my groove, I enjoyed the glow it cast on my face. I found my HappyLight sessions to be a mix of relaxing and energizing — they were sort of meditative.

I experimented a lot with the HappyLight — both in the time of day I used it, my session length, and the brightness/tone. Did it ultimately help me get to bed later? I'd say I've had a 30% improvement in sleep time. These days, I'm having more bedtimes closer to 9:30, but it feels kind of random as to when those happen. (Meaning, a HappyLight session doesn't seem to directly correlate to a later bedtime.) That said, 30% is still better than nothing! What I've found, however, is if I use the HappyLight for 15-20 minutes after it's dark (say around 6 p.m.), it gives me a boost — I feel a bit more engaged as I make, eat, and clean up after dinner. So, although the HappyLight may not have corrected my sleep, it's definitely helped a bit, and I recommend it for anyone who needs a mid-winter dose of brightness.

View Work More About Our Process
Hunker may earn compensation through affiliate links in this story.

This Nighttime Bedroom Addition Has Legit Changed My Life

The Foolproof Way This Busy Founder Winds Down for Bed