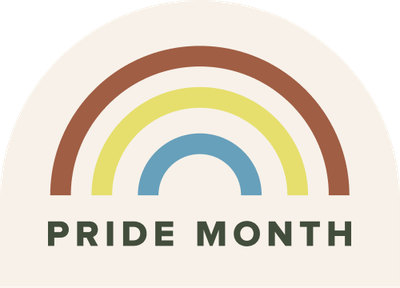 For Pride Month, we’re highlighting some of the people and brands you should know about all year long.

Ellyahnna Wattshall and Kayla Gore are the founders of My Sistah's House, an organization that bridges gaps in services for Memphis-based trans people. Created in 2016, the advocacy group started out as a website containing nationwide resources for trans people seeking affirming services, but since then it has grown and changed along with its community's needs. This was especially the case when COVID-19 became a concern.

Due to shelter-in-place orders brought on by the pandemic, many trans individuals experiencing homelessness were unable to secure safe housing — even at city and state agencies. That caused My Sistah's House's emergency housing facility to quickly reach capacity, so they stepped in with the much-needed Tiny House Project, a fundraiser to build tiny homes for trans people in need of shelter. Now, the organization has multiple houses finished and there are many more on the horizon.

To learn more about My Sistah's House's current mission, future plans, and how the Tiny House Project is coming along, Hunker had the following virtual conversation with Gore (she/her) and Wattshall (she/her). The former is now the organization's executive director in charge of the day-to-day processes, while Wattshall continues to support My Sistah's House in whatever any way she can while working as a novelist and having a day job in safety administration through logistics.

​Hunker:​ Where did the idea for My Sistah's House come from and how did you two meet?

EW: I met Kayla, I believe, back in 2013. Initially, Kayla was working with OUTMemphis and it was a frustrating time. I was frustrated and I think she was a little frustrated too because we were doing all this advocacy work, but there was really nothing for trans people.

I thought we would make a website with resources as a one-stop shop for people, but then I ended up moving away, not knowing that Kayla had just blown all this stuff up while I was gone ... She's showing me all this stuff and I was like, 'Holy hell, when did you do all this?' So here I am now just slowly getting back into it with her, but she took that spirit and she has really done a lot with it. It's amazing from where it was to where it is now ... I never envisioned it being what it is right now.

KG: We never in a million years thought we would be here. Like Ellyahnna said, when it started out, I think we had maybe seven or 13 states with different information [on our website] and it was a good idea then because a lot of trans folks would have to travel near and far just to get affirming services.

Then, throughout time and as things progressed, it was like, 'Okay, there's a real need for housing. Let's take this and create something here that could be mirrored in other places.' That's where we are today. There was no strategic plan. We know what our community needs and we're going to provide that for our community.

That was my sense of taking it a step further and now it's being mirrored. There are tiny house projects and just housing projects that are focused on trans folks, and they're prioritizing trans people in these projects whereas before it was just tacked on. [Some places say], 'We're going to add the T because it makes sense for us to say LGBT versus saying LGBQ when it's actually just LGBQ or just G or SL or queer.' And sometimes that doesn't encompass trans folks because a lot of trans people don't identify as queer.

​Hunker:​ How would you describe My Sistah's House's current mission?

KG: A lot of the programs that we have derive from the community. We ask questions like, 'What do you need? What services can we provide?' Then there's also just the knowledge of being trans in Memphis — we know what we need and we're just putting it out there for our community.

We have a bail fund, our emergency shelter, a food pantry, a clothes pantry, a driver's license reinstatement program, our survival kits, and Hot Food Thursdays — which used to be part of our Safe Streets team. Our Safe Streets team was a team that went out in areas where trans folks would be at night, whether they would be engaging in sex work or out socializing, and they would provide know-your-rights training on site from 10 p.m. to 2 a.m. But then COVID happened, so we thought, how can we continue to reach folks during curfew hours (because we had a curfew here)? So we started doing our Hot Meal Thursdays and our survival kits — where we would pack bags with all kinds of hygiene products, snacks, toiletry items, anything that you could think of that a person experiencing homelessness would need.

A lot of those things that go into our kits are on our Amazon wishlist, which is also on our website.

​Hunker:​ How did the Tiny House Project come about?

KG: The Tiny House Project happened during COVID-19, the Black uprisings, and when safer-at-home orders were put in place globally. A lot of folks were boxed out of that and in the midst of those people who were boxed out, you have trans folks, who are double boxed out of it. When city and state agencies put up these places to shelter in place for people experiencing homelessness, they added the words 'women and families,' 'families,' or 'men,' and that excluded a lot of trans folks. It didn't represent what we would look for in a safe and affirming shelter. Those spaces were also limited as well, so that makes it like you're in a rat race, and, of course, the trans person who's marginalized on top of being marginalized, they're not going to be high up on that list for being housed because they don't see us as being worthy of having housing.

A lot of our members were facing homelessness because they weren't able to go to work and they weren't able to pay their bills or their utilities, so they had nowhere safe to stay. We were thinking, how can we provide safety and security if we are ever to be in a pandemic again? We thought back to when we purchased the housing facility for My Sistah's House because then there was no one who could come on the property and say, 'You have to leave this space.' That's when the Tiny House Project became an idea. We started a GoFundMe campaign and it took off a little bit, then it took off a lot, and now we're here, three houses in.

​Hunker:​ What was the design process like with these houses?

KG: We prioritize the folks who might be receiving the houses and they work with our architects, DKGR, in Indianapolis. They're actually offering their services to us, pro bono, to design the homes and they're working with our house and justice committee to make sure that they're designing homes that these people will love … We have them working with the community to make sure that these houses are being designed with purpose and intent of being a safe dwelling for the person who's going to inhabit it.

​Hunker:​ How did you go about choosing who would get the housing, and how much say did they have in the design process?

KG: We include people who are going to get the house in the initial building process with the architects. The two houses that are set to be completed this month — they're going to be ADA accessible … And the process is based on our current house guests. They are getting precedence over anyone else, but anyone in our membership base can apply for one of these homes.

​Hunker:​ What are your plans for the future? I read that you want to create a trans-led retreat space.

KG: We have a lot of land that we've purchased throughout the city of Memphis, on which we still plan on implementing some earlier-stage ideas like a community pavilion and then we're going to have another group home on one of the properties … That's going to be our second group home, which will be for people who are more masculine-centered, but that's down the line after we complete the 20 tiny homes.

We've got to do the tiny homes first. If we can find extra funding that could alleviate the burden off of creating the tiny homes, then we can move ahead with some of the other projects, but right now our focus is the tiny homes and we're set to start on a fourplex pretty soon. We are working with the architects on the renderings for that now, but that's going to put us at seven tiny homes. That's seven in a year, so we're kicking butt. Seven people who will not have to worry about housing for the rest of their lives.

​Hunker:​ How can the people who are reading this support My Sistah's House?

One of those ways is checking out our website. There are all kinds of ways people can get involved. If they want to volunteer, there's a volunteer link to sign up.

​Hunker:​ What would each of you like people to ultimately take away from our conversation?

EW: What I would like — with everything that's been going on in the news lately and with all these different pieces of legislation and things on social media debating over trans lives — is for people to take away that we are people too. We are your neighbors, your brothers, your sisters, your daughters, your coworkers. We're human. We have the same needs, the same wants; to live, to breathe, to be safe, to pursue our goals and happiness. It's not this scary danger that we pose. We are people just trying to live our lives and to survive.

KG: That's my sentiment exactly. I won't add anything to that.

Veggie Mijas's Co-Founder On Her Decor Style and Finding Joy

Why You Should Know About Architect Nina Cooke John's Work

You Can Thank Cory Buckner for Helping to Save One of L.A.'s Most Impressive Neighborhoods