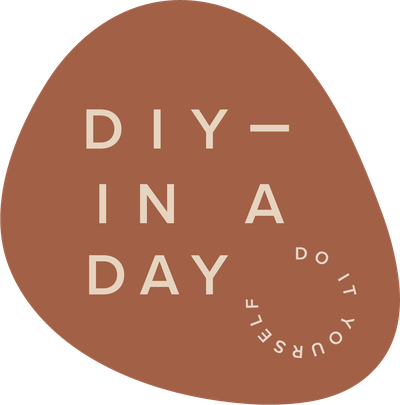 DIY in a Day brings you step-by-step instructions for easy projects that will spruce up your space — within 24 hours (or less!).

Mixing up our own cocktails at home is one of our favorite things to do, and you know what makes them even more delicious? Homemade simple syrups! We're teaching you three simple syrup recipes to try at home: vanilla, cinnamon, and orange.

The vanilla simple syrup is great for not only great for cocktails, but for lattes in the morning as well. We love using the cinnamon syrup for cool weather cocktails such as a winter Moscow mule (see recipe below). The orange simple syrup, sweetened with honey, is our absolute fave for margaritas.

These syrups would also make the perfect homemade gift for friends and family during the holiday season. Be sure to package them in some swing top glass bottles — such a lovely gift!

Bring the water and sugar to a boil in a small saucepan over medium heat. Turn down the heat and simmer for five minutes until the sugar dissolves. Let cool in the pan and then add the vanilla. Pour into an 8.5-ounce swing top glass bottle. These can be kept in the fridge for up to a month in an airtight container.

How to Use: Add this vanilla syrup to your lattes or in cocktails. Doesn't a vanilla Old Fashioned sound delish?!

In a pan, simmer the water, sugar, and cinnamon sticks for 10 minutes over medium-low heat. Let cool completely. Pour the liquid through a mesh sieve into swing top bottle.

How to Use: Add it to this Moscow mule recipe below. It's perfect during the winter holiday season!

Bring all the ingredients to a simmer in a small saucepan. Simmer for 15 minutes. Let cool completely and strain into an airtight container, like a swing top glass bottle.

How to Use: This is such a delightful addition to your housemade margaritas. The orange and honey combination is the perfect touch of sweetness.

Alice & Lois is a DIY and lifestyle blog where twin sisters Sara and Melissa share their inspiration, projects, connection and celebrate the good in life. They create inspiring posts centered around home, family, style and creativity, specializing in simple, yet sophisticated DIY projects. Sara and Melissa live in two very different places – Sara is in the heart of the midwest, Indianapolis and Melissa in the majestic ski town of Crested Butte, Colorado. Alice & Lois was named one of the Top 10 DIY and Decorating Blogs by the editors of Better Homes and Gardens in 2015 and 2016 and recently named one of the Top 30 DIY Blogs to Follow by Domino.

View Work
Hunker may earn compensation through affiliate links in this story.

This Boozy Otter Pop Hack Is a Summer Must

This Gin Mule Recipe Is All the Refreshment You Need

This Easy, Classic Sour Cocktail Is Your Next Go-to Quaff

The 10 Best Frozen Drinks to Keep You Chill All Summer

Try This Bombay Sapphire Collins Recipe at Your Next Zoom Drinks