7 Linen Sheet Sets That Are Actually Worth the Investment 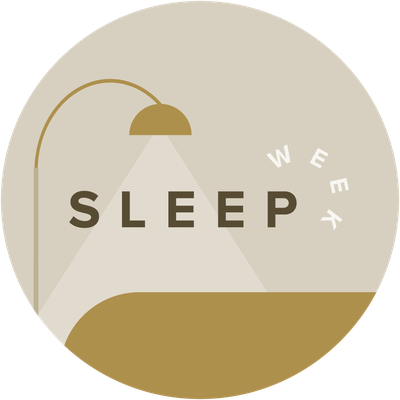 Welcome to Sleep Week: From editor-tested bedding and slumber-friendly products to bed cleaning hacks, we've got everything to up your sleep game.

Struggling to catch up on zzz's after Daylight Saving Time? Sleep Week is here to help. From editor-tested bedding and slumber-friendly products to bed cleaning hacks, we've got everything you could ever need to up your sleep game. Happy snoozing.

A few months ago, I was lucky enough to stay at a dreamy hotel in Tuscany, where the most swoon-worthy part of the stay wasn't necessarily the plates of pasta or the glasses of Brunello di Montalcino — it was the sheets. These beds were dressed with linen bedding that was unlike anything I'd ever felt. "Wow, I have to get a set of these for myself!" I thought, fully understanding that these were going to be "adult-priced" sheets. Then, the hotel told me that the sheets were made by an Italian mill and cost upwards of $5,000 per set. Oh.

I spent the months that followed desperately seeking linen sheets that took me back to that bed in Tuscany without the lofty price tag. I tried six of the most popular sets of linen sheets on the market — testing each for several nights, putting them through a wash and dry at home, and judging my husband and dogs' approval. Spoiler alert! You'll be pleased to know that most of them were pretty darn great, but a few sets really stood out. Here's what I found:

Straight from the box, The Citizenry's sheets were the best — the packaging was classy and thoughtful and I appreciated the storage pouch. Once I actually examined the sheets, I found them to be extremely soft with beautiful details, right down to the pillowcase stitching, that wasn't replicated on other sets I tried. Sleeping on these was heavenly — they were cool and almost gauze-like — and they looked nice too, a sort of purposefully rumpled appearance that linen lovers aim for. Perhaps of note: the duvet cover had a small tear near its button closure and one of the inner ties unraveled in the washing machine. Time will tell how they hold up, but for an ethereal sleep experience, this was a good place to start.

Brooklinen is the name that most people know in bedding, and it's not surprising: their (clever) marketing is everywhere. I jumped on the Brooklinen train years ago, purchasing sets of their classic percale sheets for my apartment. However, I wasn't as smitten with those sets as many of my friends. They tore easily compared to less expensive sets, which was a real bummer. (To Brooklinen's credit, anything that ended up damaged was always happily and promptly replaced.) Armed with that knowledge, I was curious how Brooklinen's actual linens would fare. Right away, the dog approved — we couldn't keep her off them. This set was extremely soft and a bit thicker than competitors, although the slightly unfinished edges had me convinced for a day that I had the pillowcases turned inside out. I'm a hot sleeper and this was the only set I was quite warm under. But that's not a bad thing as I now consider these my "winter" linen sheets, perfect for cozying up on a chilly day.

If you're a top-sheet hater, Parachute's set is for you. Foregoing the top sheet makes this set the most affordable of the bunch, and these are certainly quite good linen sheets. They are soft and on the thicker side, but were among the roughest of the bunch right out of the box. However, they were extremely breathable and I never found myself hot. One nitpick of note: Parachute's pillow shams have envelope closures, meaning you can't flip them over without exposing the closure, and the fitted sheet seems made for much deeper mattresses than my Casper one.

I felt like it was only fair to throw one big retailer in the mix. Pottery Barn's set, made from Belgian flax like the others, was among the most expensive of the sets I tried and had one noteworthy characteristic: this set was "constructed" in China, whereas all but one of its competitors were European-made. Unlike many of the other sets, which were stonewashed, Pottery Barn employs enzyme-washing for their linen, a cheaper and faster way to get the same effect. While these sheets were fine, say, if you were gifted them, others were more impressive for the price point.

Snowe, one of the most expensive sets I tested, blew me away. The only set actually made in Italy — coincidence? — was light, airy, and buttery-soft, something the company attributes to their proprietary air-washing technology. Buying these is certainly an investment, but they truly were like sleeping on clouds. If you're looking for fun colors, you won't find that here, though. Snowe's linens come in neutral white, ash grey, and slate blue, so you'll have to find your pop of color elsewhere.

Under-the-radar Australian brand Cultiver prides itself on providing its customers with everyday luxuries, and its linen sheets fit the bill. The most expensive sheets that I tested, they were solidly made with high-end details like contrasting mother-of-pearl buttons. But like Pottery Barn, this set was made in China, albeit from European flax. Still, Cultiver's offering and ethos is impressive and, if you're looking for colorful linen sheets, these are your best bet; Cultiver offers 17 of its linen sheets in 17 different colorways. (I'm personally swooning over the plum!)

Get the Look: Linen Sheet Set with Pillowcases (Queen), $365

Of course IKEA has linen sheets — and they're not half bad. By far the most economical option, IKEA's Puderviva sheet set includes a flat sheet, a fitted sheet, and two pillow shams. While not as luxurious as some of the others on this list, our Senior Director of Content recently discovered that this affordable option offers much of the same airiness and breathability as the more expensive brands. Cute knotted ties on the pillowcases make for a fun detail. These are a great option to dip your toe into linen (we get it, they're an investment) or stock up on for a guest bedroom.

Laura is a New York City-based freelance writer who writes about travel, food, and design. Her work has appeared in Architectural Digest, Bon Appétit, GQ, Condé Nast Traveler, and more. She's a sucker for a good curbside furniture find.

For Your Info: Casper Has Just Launched Bedding

FYI: IKEA Has Affordable Linen Sheets and They Ain't Half Bad

Hunker Recommends: These Are Our Absolute Favorite Blankets Ever