The Surprising Effect TikTok Is Having on Small Businesses

By Mariette Williams, M.S. May 3, 2021
Our Editorial Process
Hunker may earn compensation through affiliate links in this story.
Image Credit: Olivier Bergeron/Unsplash 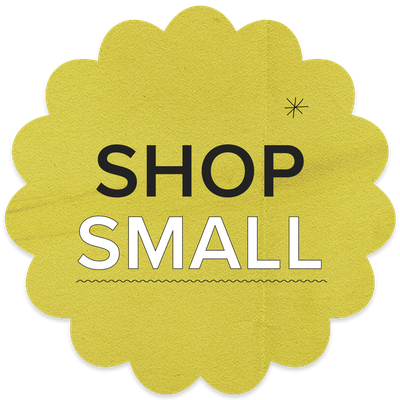 Liz Hilton had almost given up on her small business. In 2018, she won a pitch contest for Swaddelini, a stretchy sleeping sack for newborns, which then helped her secure trade shows and contracts with big box retailers like Walmart and Buy Buy Baby. But the combination of insurance costs, EDI fees (fees paid to an online retailer's pay platform), and stores not buying in bulk left so little profit that she pulled out of her contracts, fearing that her dreams of being a business owner were over.

On January 6th, Hilton made a TikTok account, posting this video of her swaddling her son in a Swaddelini. The following day, the video went viral, racking up hundreds of thousands of views. Hilton said she received more orders the day of the viral video than she had the previous year and credits the social media app for saving her business. In particular, TikTok has been especially helpful for small businesses trying to market home, design, and lifestyle products.

"TikTok has breathed new life into my business and given me my dream back through connecting me to my consumers in a way I did not know was possible," Hilton told Hunker.

TikTok is a relatively young social media app and its debut in the United States came in 2018 as a merger with the now defunct Musical.ly, an app that was primarily used to make 15-second videos of lip-syncing and voiceover skits. After the merger, Musical.ly's users were automatically transferred to TikTok, which may help to explain TikTok's early reputation as an app exclusively for teens wanting to rack up views by dancing to the latest Jason Derulo hit.

While the video sharing app is still popular with teens, it's now a social media behemoth with over six million downloads on the App Store and Google Play. TikTok is no longer a playground for adolescents — it's a serious marketing tool for small businesses to launch their products or services, and the company is embracing its role in helping small businesses.

Becca Sawyer, head of SMBs and operations for TikTok Global Business Solutions, told Hunker, "Small businesses are the soul of our communities, and we're committed to helping them make a comeback after a challenging year. From woodworkers sharing their craft with the world to ice cream shops announcing that they're open — TikTok gives business of all sizes the opportunity to engage with people through feelings, actions, and sounds."

With the help of TikTok, Jade Brown successfully launched Sprout Design Lab, a company that turns kids' artwork into personal heirlooms using a 3D printer. The South Carolina business owner had been making a few pieces for friends and posted a short video last October showing how she could take a child's drawing and make it into a necklace. The video now has 1.9 million views, but Brown said she initially didn't think her video would be a hit because she didn't think her target demographic was using the app.

"I originally thought my target audience would be moms with young children and there's no way these moms would be on TikTok, but I was very wrong. Not only are more moms becoming TikTok users, but I've also had many teens order necklaces for their own moms using either their artwork or their younger siblings' drawings," Brown told Hunker.

So what's the key to going viral? Experts say that TikTok's algorithm suggests videos on a user's "For You" page based on how likely they are to watch, share, or interact with the video, regardless of how many followers the account has, which can create more opportunities for viral content.

For some users like Brown, going viral was due to a combination of posting shareable content with products that fill a very specific niche, like her 3D-printed jewelry. Other users find their videos go viral because their products stir up controversy. Hilton's Swaddelini ignited a heated discussion in the comment section of her videos with moms defending or attacking the practice of swaddling newborns.

​"​I had no idea swaddling was such a controversy. But it is! This is predominantly what sparked the engagement. Nobody had ever seen a baby swaddle product like mine before and just based on that, it elicited a reaction from those on the 'anti-swaddle' side ... This prompted moms who loved my product to defend my honor. A war broke out in the comments," Hilton said.

Kishawn Meeranazeer, co-founder of the Jill razor, created a TikTok account in January ahead of the company's launch, and one of the first videos that went viral showed a girl shaving her face.

"The appeal of our viral videos is likely based around the controversy and myths behind our product and female face shaving. The practice is not an everyday topic or norm, at least not yet, so it catches attention. This worked perfectly with the 'short and sweet' style of video that TikTok is known for," Meeranazeer told Hunker.

Meeranazeer's string of viral videos helped the Jill razor generate 4,500 waitlisters when the product launched, and he said the website received over 9,000 website visitors in under 24 hours based on the success of one or two viral videos.

"TikTok helped amplify our launch in a few ways, first in our mission to dispel the myths behind the product, such as hair growing back thicker or faster. Other dermatologist creators were able to stitch [record video that combines another user's clips], duet [record video alongside the original], and comment on our videos agreeing with our points, helping viewers trust us. Additionally, we were able to quickly gauge the response and feedback from a demographic we would have otherwise not have given enough credit to in our content marketing."

For small business owners wanting to scale up or launch their business, these business owners say to give TikTok a try. Brown said she owes Sprout Design Lab's success to one viral video on TikTok because it gave her the confirmation she needed to officially launch her business.

"If you're looking to start a business, a TikTok video can help you validate your business idea and if you already have a business, it can increase your visibility and grow your customer base," Brown said. "Creating the 15-second video in my kitchen that October morning was the best decision I have ever made for my business."

The Worst App on Your Phone for Sleep, According to a New Study

These CBD Gummies Help Me Fall (and Stay) Asleep