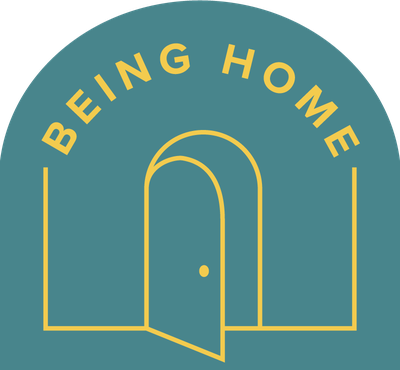 Focusing on spaces in people's homes where they go to recharge, tune in, and settle into the simple act of "be-ing."

For award-winning fine art and portrait photographer Monica Orozco, her Los Feliz apartment has always been more than a home. Her dining room doubles as her studio for shoots, as well as every countertop and corner in her apartment. And when she's not shooting at home or on location, she's at her desk editing photos for clients and, since 2015, her compelling self-portrait series as the ever-animated deMonica, who appears as an array of characters at sites all over California, each with their own distinct narrative.

Orozco's work has been published in numerous magazines, including ​Interview​ and ​Time Out London​, the books ​California Love: A Visual Mixtape​ and ​To Live and Cry in L.A.​, and exhibited internationally, most recently at the Palos Verdes Art Center, which featured her ​Suffragette​ series of images from Women's March Los Angeles events, shot from 2017 to 2020. As fans of her work, we were excited to get a peek inside her apartment to learn what space she treasures the most.

​​Hunker:​​ Where is that space, or spot, in your home that is uniquely your own … where you feel your most ​you​? And what do you do there?

​Monica Orozco:​ I've always loved this space I'm in right now, my living room. It actually changed from a very bright, colorful kind room, like a Pedro Almodóvar living room, to something that was a little bit more Hollywood Regency. I've been very lucky to have a friend, Darren Elms, who helped decorate it. It's the second time he has helped with transforming my living room. The design change was spurred by the next "stage in my life."

​​Hunker:​​ Why does this particular space have meaning for you?

​MO:​ My window has a view of the famous Sowden House by architect Lloyd Wright. I just love seeing that in the morning. This room is where I start my day. I have a cup of coffee and I just look outside and the view is so inspiring to me.

​​Hunker:​​ What do you like to surround yourself with in this space? And why is it important?

​MO:​ I have two of my self-portraits on the walls. One work was inspired by the self- portrait artist Cindy Sherman's 1978 ​Untitled Film Still #07​, and then the other was inspired by a work by my other favorite photographer, Diane Arbus's 1966 work, ​A Young Man in Curlers at Home on West 20th Street.​ I did a whole series where I asked friends for words/themes when I was shooting my daily self-portraits, and this was one of them. I loved this project, I made a point of analyzing the work of photographers that I admire. It was the first time I studied the people in the photograph and the photographer taking the photo. I'd say it was the beginning of becoming somewhat of a performer.

​MO:​ I have a closet in the living room that has props and photo-related things. I like to go in there from time to time to find little surprises that inspire me. It's like a playful door into my camera's mind.

​​Hunker:​​ What are three things in your home that hold the most value to you? ​

​MO:​ There's a marriage button of my Mexican ​abuelos​ (grandparents) that I imagine was taken around 1910. I love the way it was printed, and the colors inspired the ones used in this room. I have a camera on a tripod that is in my living room that I cannot live without. And there's the book ​Richard Avedon: Made in France​ that I have here on my coffee table. This book is so special to me because it was given to me by my sister, Karina, the year after my mom passed. My sister was only 17 at the time and worked really hard at her first job to give me something special and photography-related. This book is magical to me.

Add to Cart: A Guitar Hook That Looks Like a Piece of Art

16 Extravagant Home Gifts That Are Totally Worth the Splurge

My Seattle Home Is Living Through Its Second Pandemic, and I Can't Stop Seeing Ghosts

Polar Opposites: Minimalism vs. Maximalism and Why the Two Styles Are So Popular