Hunker Down With Sylvia Tribel Founder of Magic Hour Ceramics 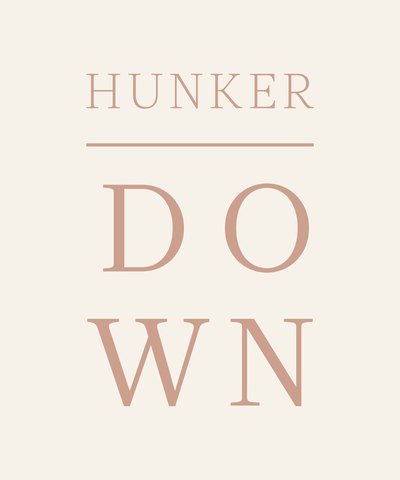 Join design editor Ariane Moore for Hunker Down as she gets to know the creators and designers she's followed for ages.

Somewhere along the Jersey shore, about a mile from the beach sits a two-story colonial that's over a century old. Constructed in 1907, this charming abode with not one, but two porches (one in the front and one in the back), is where wife, mother, ceramicist, and all-around creative spirit Sylvia Tribel and her family call home. "Kind of looks like an old southern home that you'd find in New Orleans. It definitely sticks out on our street, but we love it though," says Tribel. Sounds like a dream, right? Well if her idyllic Instagram feed is any indication, it is.

Flaunting a neutral palette and a relaxed aesthetic, every image evokes feelings of calm and relaxation — two things that we could all use a lot more of after 2020. Inspired by the beach, Tribel's quiet coastal aesthetic is a combination of warm wood finishes, woven textures, cozy linens, speckled ceramics, and beautiful natural light. Since I was already spending so much time scrolling through Tribel's Insta for inspiration, I thought it was high time I reach out. And to my delight, she agreed to hunker down with me to chat about her home, personal style, and the newly launched Magic Hour Ceramics.

​Hunker:​ Congrats on Magic Hour Ceramics. I literally want every piece! What motivated you to launch your brand?

Sylvia Tribel: I just became really interested in ceramics about a year and a half ago. And I just really missed having a good creative outlet, so I decided to take a class on a whim. This was last November and I just kept up with it because I really enjoyed it and it just evolved. It's really fun!

​Hunker:​ You're already so good at it!

ST: I didn't think I would be. I remember taking classes in high school and just being awful at it. I'm still very much critical of my own pieces, but people seem to be really into it, so it's exciting.

​Hunker:​ How would you describe your creations?

ST: I use a speckled clay because it reminds me of sand. Living so close to the beach, I like that they look sandy and earthy. And yeah, very organic. They're not the most symmetrical pieces ​yet​ because I'm still learning. They feel natural and organic to me.

​Hunker:​ Where do you go for inspiration for the pieces that you make?

​Hunker:​ Your home is beautiful! How would you describe the style?

ST: Midcentury modern meets coastal and a bit of Scandi design. I love the clean lines of Scandinavian design. And then I would also just say simplistic and minimal. Living by the beach I think that I am always craving like a clean and calm kind of vibe ... pretty simple. I think that the beach is like the one place that's calming ... [I] try to draw inspiration from the colors.

​Hunker:​ What are some of your favorite home decor brands?

ST: Oh gosh! I've really purchased a lot of IKEA over the years, but recently I'm trying to invest in better pieces. I think recently I'm really into Room & Board ... they're very California-midcentury ... I love all of their pieces. Who else am I shopping with these days? Interior Define. And yeah, I think everything else is just IKEA that I've collected over the years.

ST: My routine is pretty simple. It's coffee and just trying to get my daughter out of the house. Every morning it's just taking her to school, nothing crazy. There's a local coffee shop Booskerdoo Coffee in my area. It's right by my daughter's school. They're a small local coffee shop — I love their beans. And I usually go for their Guatemala. Sometimes I do like a pour-over at home and sometimes I just pick it up when I'm dropping her off. It just depends on what kind of time I have in the morning.

​Hunker:​ With everything going on in the world, what do you do and/or where do you go to relax and decompress?

ST: I love burning incense. I'm a big fan of Copal, I don't know if you are familiar with it, I believe [it's] a Mayan resin. And I discovered it in Tulum this past year when I visited and it just smelled so good — it reminds me of being back there. So I like burning that a lot and I'm usually diffusing something if I want to relax. And just sitting down with a cup of coffee or tea and listening to music sometimes when I'm not working.

​Hunker:​ Do you have anything in your home that has been handed down? Would you mind sharing the story/history behind it?

ST: I do have one piece handed down. It belonged to my mother-in-law. And it's one of those cane rockers. You know those old cane rockers that have the cane and then it has the swirly bottom? We have one of those that used to belong to her and I love it because my daughter loves rocking on it, and my husband did the same as a child. So I love thinking about how special it is to him. And he has pictures of himself sitting on it as a little boy, so it's special — the one special piece that we have that's passed down. I think that's the only thing that we have, everything else is pretty new.

​Hunker:​ Since we've all been spending more time at home, people have been organizing more. Have you been doing a lot of that since the pandemic started?

ST: Yes, definitely went through a phase. Right in the middle of lockdown we just purged, purged, purged a lot of things that we didn't find useful any longer. And we definitely went on an organizing kick — organized all of our closets, organized our garage, and I eventually turned that into my little pottery studio. And we purged everything in our attic, there were boxes up there that hadn't been opened since we moved in about seven years ago. So feeling a lot more organized.

​Hunker:​ Do you have any tips or tricks that made getting organized easier?

ST: I think we just did the basic stuff like back-of-the-door shoe organizers, baskets, we put new shelving in the garage ... We didn't do anything major we just got rid of a lot of stuff that we didn't need that just [took up] more space. And we recently actually just bought a new bed that has under-the-bed storage. That we needed big time because we don't have any linen closets in the home since it's so old. So yeah, we keep all of our linens under there — just little things like that we do different.

​Hunker:​ Do you have a fave candle?

ST: I really love burning Jenni Kayne. I have their Cedar — it's my favorite. I think it's a blend of like cedarwood and I want to say tobacco ... it's one of my top faves.

​Hunker:​ Do you have any special family traditions to celebrate the holidays?

ST: For fall we love decorating the porch with cinderella pumpkins ... for our daughter, and corn husks — making it really festive for her. For the holidays, we love getting our tree and we make Coquito every year.

ST: Coquito is a Puerto Rican eggnog — it's just an old recipe that I use, passed down from my grandmother. So it's like coconut milk and you put rum in it — you can make it virgin or non-virgin ... it's a popular one.

​Hunker:​ Will there be a new Magic Hour collection in time for holiday shopping?

ST: Trying to do launches now every two to three months. So I'm actually planning on launching some new pieces within the next month. So that's going to to be my plan, it's just slow going since I'm a beginner and I'm on my studio's firing schedule. Hoping to be faster eventually, but I'm not there yet. A few shops have reached out for the holiday season for wholesale, but I'm just like 'I'm not at that level yet.' Maybe in another year.

​Hunker:​ That's awesome! Something to look forward to.

Hunker Down With Designer Chanae Richards of Ọlọrọ Interiors

Hunker Down With Tiffany Thompson Founder of Duett Interiors

Hunker Down With SF Girl by Bay's Victoria Smith

Hunker Down With Sarisa Munoz From The Indigo Leopard Home

This Artist's Home Has All That She Wants: Her Paintings, a Bed to Call Her Own, and a Soft Landing

Hunker Down With Travel and Lifestyle Photographer Kara Rosenlund